Message from the President: Words Matter 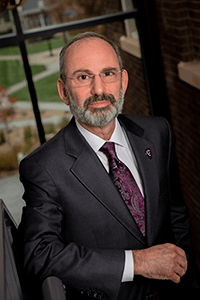 The Constitution of the United States — the foundation of our democracy — came under attack on Wednesday when a violent mob incited by political rhetoric stormed our U.S. Capitol Building with the intent of disrupting a key moment in the peaceful transfer of power.

Like so many citizens, I remain both outraged and saddened by this greatest assault on American liberty in any of our lifetimes. I am heartbroken by the wanton destruction of this great monument and the disrespect shown for the values it stands for. From my time as a health policy advisor to the Chair of the U.S. Senate Finance Committee during 1998 -1999, I have vivid memories of many late-night hours spent in that revered building. I will be forever in awe of its history as an enduring symbol of our country’s precious freedoms and the work that has continued in those hallowed halls over so many years.

Make no mistake, words matter. When leaders choose a constant refrain of falsehoods and toxic discourse designed to foment division and mistrust in our country and encourage the use of force in attempted insurrection, those words have far-reaching consequences.

Now more than ever, we all must summon language that will restore civility and unity among our citizenry -- inclusive of opposing ideas and differing points of view and with peaceful disagreement and constructive debate. We must work to engage productively with one another, listen to, better understand and learn from one another.

And we must insist upon leadership and action that not only promotes civil discourse and harmony, but also ensures justice for those impacted by hatred, violence and destruction.

There is much healing to be done, both to repair the great division that has been sown among our people and to restore the health of a nation ravaged by a pandemic that continues to take record numbers of lives every day.

The events that transpired two days ago cast one of the heaviest shadows on our country in recent history. But it is always darkest before the dawn.

Indeed, that sliver of light on the horizon may have gotten a tiny bit brighter. Despite all we bore witness to, the strength and durability of our U.S. Constitution was on shining display as both houses of our Congress returned to session mere hours after the siege to complete their constitutional duties. As it says on the Great Seal of the United States in Latin: E Pluribus Unum, or ‘from many one’. We the People of the United States must all come together, celebrate the fact that we are a nation of laws, not of men (women), and a country that relishes all aspects of diversity — diverse backgrounds, diverse thought and diverse practices. We must lead by example, and it begins here at Kansas City University with each of us.

Marc B. Hahn, DO
President and Chief Executive Officer

As we prepare to celebrate the winter holidays with family and friends, what a great way for KCU to...

October 2018: From the Desk of the President

We have more exciting news than ever before at KCU! In addition to the important updates included...

June 2018: From the Desk of the President

From the Desk of the President  April 2018 Marc B. Hahn, DO President and Chief Executive...