This fight-or-flight response has helped humankind survive and evolve.

But when law enforcement officers must make incredibly difficult decisions in the line of duty, an adrenaline rush can have deadly consequences. 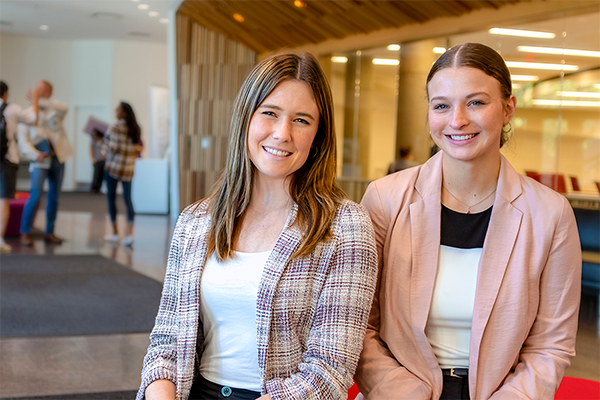 “Kansas City Police Department (KCPD) Sgt. Ward Smith wanted to determine whether the breathing techniques the department had incorporated into its firearm training were increasing shooting accuracy scores. This interested us and we determined there was a significant lack of research on the topic,” said Sproles.

With shooting accuracy ranking below 25 percent among police departments nationwide, Smith believed implementing diaphragmatic breathing could dramatically improve accuracy and safety for communities and officers around the country. All KCPD officers must reach a threshold of shooting accuracy in order to carry a firearm on duty.

Stuteville and Sproles started working with KCPD more than two years ago to build rapport with the officers, participating in ride-alongs, taking part in officer training, and even attending the Annual Night in Blue Policeman's Ball. “We were able to integrate so seamlessly because we had a good connection into the department thanks to Sgt. Smith. He was a huge advocate for us, and the department has a lot of respect for him in general, which helped us significantly,” they said.

In January of 2022, the two began collecting data by attending in-service days. They asked volunteer officers to participate in a 10-minute exercise focused on diaphragmatic breathing before going to the shooting range for their exams. Next, Stuteville and Sproles paired breathing with an experience similar to what the officers receive during their exam. The officers were given plastic handguns while looking at an image of the firing range and listening to an audio recording of one of their instructors giving commands.

“We’ve not yet begun our statistical analysis but we are seeing good results so far,” said Stuteville. “If our hypotheses are correct and breathing interventions improve shooting accuracy, we hope to put this technique into practice for law enforcement agencies across the country.”

“This study has benefited our educational journey by fulfilling our desire to conduct research that will help the community in positive ways. With the political climate surrounding law enforcement, our work has also helped shed light on the need for additional research. In that sense, it has laid out the trajectory of our desired career path, which is to continue clinical and research work within the law enforcement population. It also gave us the opportunity to write dissertations that could have an enormous impact on society,” said Sproles.

KCU Research Symposium is "A Day of Discovery"

Kansas City University of Medicine and Biosciences celebrated science with its annual Research...

The final numbers for medical school residency are in, and the Kansas City University (KCU) 2019...