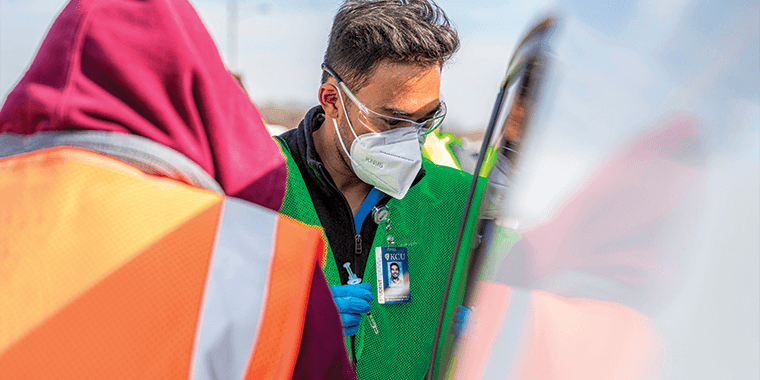 A quarterly supplement of KCU Magazine from the Office of Philanthropy & Alumni Relations.
Download the PDF copy of Reviewed | Spring 2021.