How ADHD Made Me A Better Physician and Teacher 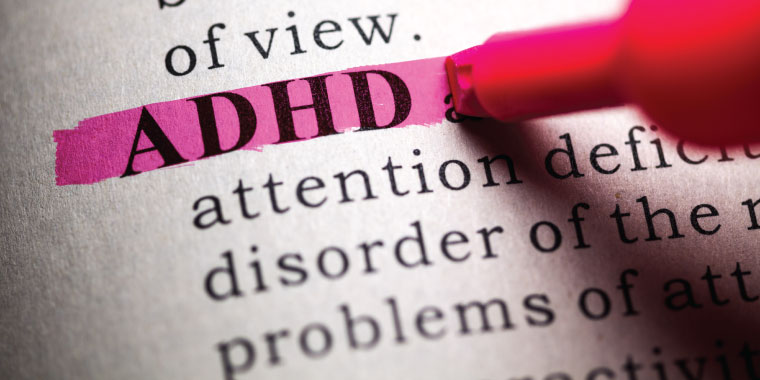 “I have ADHD. Can I become a doctor?”

Yes. Despite the stigma that still surrounds Attention Deficit Hyperactivity Disorder (ADHD) and other learning difficulties, those with such afflictions can become highly competent and successful physicians.

“For some students, medical school may be the first time they feel significantly challenged,” says KCU Assistant Professor of pathology Mary Jo Martin, MD; thus, shinning a light on a learning challenge such as ADHD.

Dr. Martin wasn’t diagnosed with ADHD and dyslexia until she was in medical school at Marshall University. “It was the assistant dean who noticed.” she says.

It was fortuitous that Marshall University had a special program for students with learning disabilities, and she was able to participate in the program.

“I found what worked for me when it came to learning,” Dr. Martin says. For example, she realized that diagramming helped her to better retain information. In anatomy class she created her own coloring book.

Later Dr. Martin realized that she could use her ADHD and dyslexia to her advantage.

“During my family practice rotation, I noticed that I saw things and relationships that other people missed. I’d walk out of a patient exam with my preceptor and ask him ‘what about the spot on the patient’s hand?’ and we’d walk back in to check it out.” she says.

It’s examples like this that highlight a benefit of ADHD.

“People with ADHD are constantly in scan mode. It’s what makes us so good at multitasking.” she says.

ADHD can also help those like Dr. Martin zero in on their interests.

“We’re hyper-focused when we’re interested in something.” she says. “That’s why we do extremely well in classes we like.”

Now that Dr. Martin is teaching future doctors, she talks about her personal journey with ADHD and dyslexia at KCU student orientation. This begins the dialogue with students looking to hone their study skills.

“I enjoy sitting down with students and helping them refocus their studying so that they’re profiting more from the time they’re putting in.” Dr. Martin says. “I show students what worked for me, but ultimately I encourage them to find what works for them.”

In the end, what some call a disability became a positive aspect for Dr. Martin in practice and teaching and now she uses what she has learned to help our KCU students.

Throw Out PowerPoint and Talk About Failure: How a KCU Professor Motivates Students

When he walks into a room filled with energized and easily distracted teenagers, Robert Walker,...

Spend five minutes with Janis Coffin, DO (KCU-COM ’98), and you’ll notice one thing in...