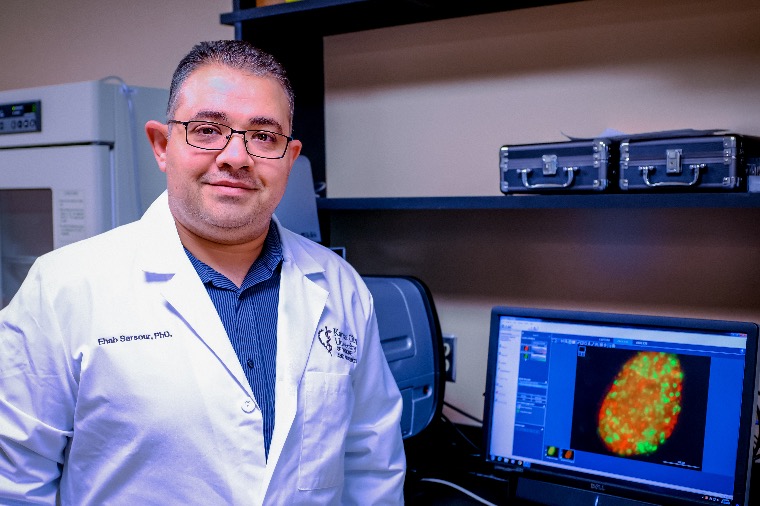 By 2030 the baby boomer generation will all be of retirement age. This will expand the size of the older population to one out of every five people in our country. Dr. Ehab Sarsour, Kansas City University (KCU), has accepted the challenge of this staggering demographic change. His research focuses on the role of aging on cancer behavior, progression and its response to therapy.

Dr. Sarsour looks for better outcomes for patients and  quality of life for seniors. His research has proven that aging is a significant factor in the progression of cancer. “The biggest problem we have found is that people are more resistant to treatment as they age,” Sarsour said.

Most cancer research is focused on the cellular and molecular biology of cancer cells. In a recent study he presented, Dr. Sarsour provided a medical rationale for repurposing already approved drugs for patients in cancer clinical trials.

It shouldn’t be a surprise that Dr. Sarsour ended up as an Assistant Professor of Cellular & Molecular Biology/Biochemistry. His role as both teacher and researcher at KCU is a balance he worked hard to achieve.

Originally from Jordan, he recalls his spark of curiosity in science stemming from his father, a medical technologist. He would go work in the lab, ask a lot of questions and recalls watching in admiration as his father interacted with patients.

“I knew that was what I wanted to do,” Sarsour said.

Upon starting his career in the family business, he felt something was missing and he just wasn’t happy. He had stayed in contact with a childhood friend who had continued his education on the other side of the world, at the University of Iowa. A seed was planted in Sarsour to continue his study in the field of radiation biology in Iowa City. “It’s not my thing,” Sarsour responded. “Do I have to take physics?” His friend said, “Yes, radiation physics, medical physics, all of that.”

But the pull to further his study was so strong that he packed his bags and moved to the United States. “My father wasn’t happy when I left the family business to get my PhD, but he came around and is very proud,” Sarsour said.

Sarsour completed his PhD and postdoctoral training to become a research scientist and assistant professor during his time in Iowa City. He began his role at KCU in June of 2019 and is passionate about his research and teaching first year students in the College of Medicine.

“KCU gave me the combination I was looking for. I also felt the friendliness of the people here and they made me feel comfortable and welcome,” Sarsour said. “Everything is going well. I like Kansas City. It’s accessible and has so many things to do.”

Dr. Sarsour enjoys traveling and going to movies, but says he looks most forward to spending time with his family. 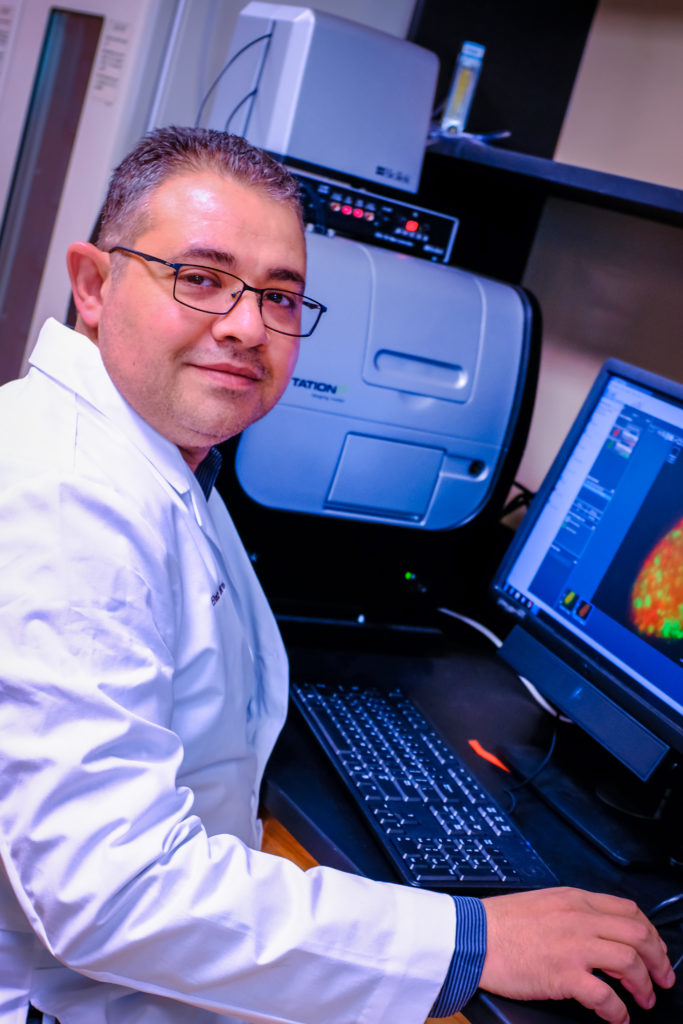 “My boy is taller than me with a mustache,” he laughs. “They are so much fun.” He hopes to impart similar wisdom to his children as his father did for him. “I believe a person should leave this life with three essential things,” Sarsour said, “Kids that will remember you, knowledge that people will benefit from, and a charity for the future.”

He appreciates the fact that his teaching has an immediate effect on his students and that his research has the potential to impact the aging population of this country.

“It has a translational part to it. That’s important to me because I don’t want to do research that ends up only on paper, I want it to be applicable and usable,” Sarsour said.

The demand for a better understanding of cancer in our aging population is more relevant than ever. Dr. Sarsour aims to improve not only patient outcomes but also to relieve some of the pressure on physicians due to the large numbers of the Baby Boomer generation.

“One thing that we must improve is the quality of life for seniors as they go through therapy and I believe if we can understand it, we can make it better,” he said.

An imbalance of bacteria in the digestive tract may contribute to the progression of Amyotrophic...

This year, the COVID-19 pandemic changed the delivery of the Research Symposium event, but it did...