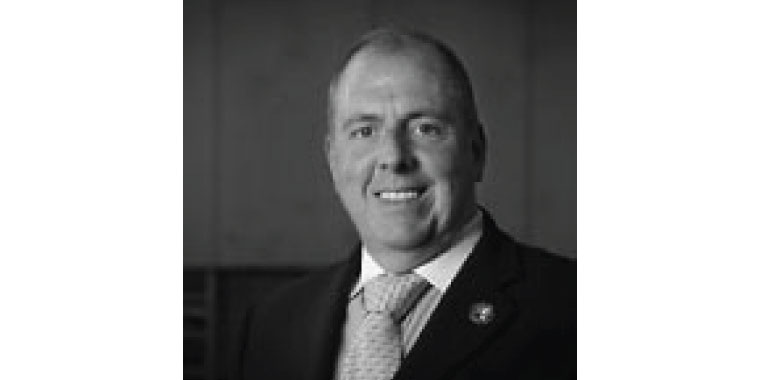 Kansas City University of Medicine and Biosciences (KCU) announces the appointment of Edward R. O’Connor, PhD, MBA, FACHE, to the position of provost and executive vice president for Academic and Research Affairs.

O’Connor comes to KCU from Creighton University in Omaha, Nebraska, where for the past three years he served as provost and chief academic officer, and professor in both the College of Arts and Sciences and the School of Medicine.

Prior to his roles at Creighton University, O’Connor held several positions at Quinnipiac University in Hamden, Connecticut, including dean and professor of Biomedical Sciences for the School of Health Sciences; professor of Medical Sciences at the Frank H. Netter MD School of Medicine; and executive director for the National Institute for Community Health Education. While there, O’Connor also served as head coach for men’s cross country.

“Dr. O’Connor brings extensive experience in administration with a focus on academic excellence and cross-campus collaboration, as well as research and scholarship; we’re very pleased to have him join our team,” said Marc B. Hahn, DO, KCU president and CEO. “His expertise in establishing new academic programs in the health professions, with a commitment to growing interprofessional education, will best prepare our students to succeed in today’s health care environment.”

As provost, O’Connor will provide leadership, vision, direction and advocacy to best support students in meeting their academic and career goals. He also will be responsible for advancing KCU’s goals for research through continued collaboration with key partners.

“This is a time of great opportunity for KCU, and I’m honored and excited to be a part of its continued growth,” said O’Connor. “I look forward to working with other members of the leadership team, our faculty and the entire KCU family to achieve the University’s strategic goals and ensure the greatest success for our students.”

O’Connor earned a Doctor of Philosophy from the Department of Pharmacology and Neuroscience at the Albany Medical College Graduate School of Health Sciences in Albany, New York; a Master of Business Administration in Health Care Leadership from Yale School of Management, Yale University in New Haven, Connecticut; and a Bachelor of Science in Biology from State University of New York at Albany.

O’Connor has served in leadership and committee positions on the local, regional and national levels and holds membership in several professional societies. He has served on the board of directors of several hospitals and most recently served on the board of CHI Health, an organization consisting of 15 hospitals, two stand-alone behavioral health facilities, and more than 150 employed physician practice locations, which serve Nebraska and western Iowa. He is also the author of dozens of publications and the recipient of many prestigious honors and awards.

“I am so proud to be joining the KCU-Joplin team," said Rosch. “This is a fantastic...

Leaders from Kansas City University of Medicine and Biosciences (KCU) will join partners and...