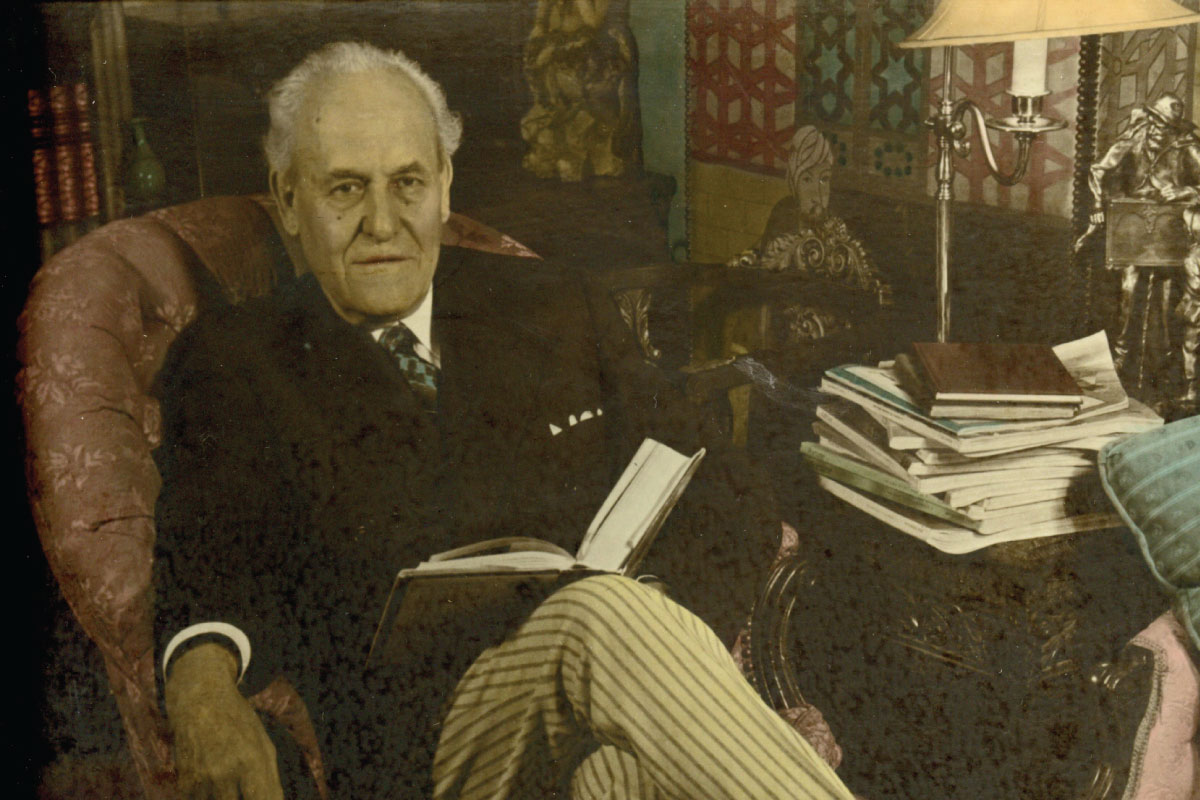 In the early 2000s, we expanded our academic offerings to include the College of Biosciences. In 2017, we begin the next 100 years with a second campus in Joplin, Mo., and a new Doctor of Clinical Psychology (PsyD) program on the Kansas City campus. In 2021, we broke ground on the construction of a College of Dental Medicine in Joplin slated to open in 2023. 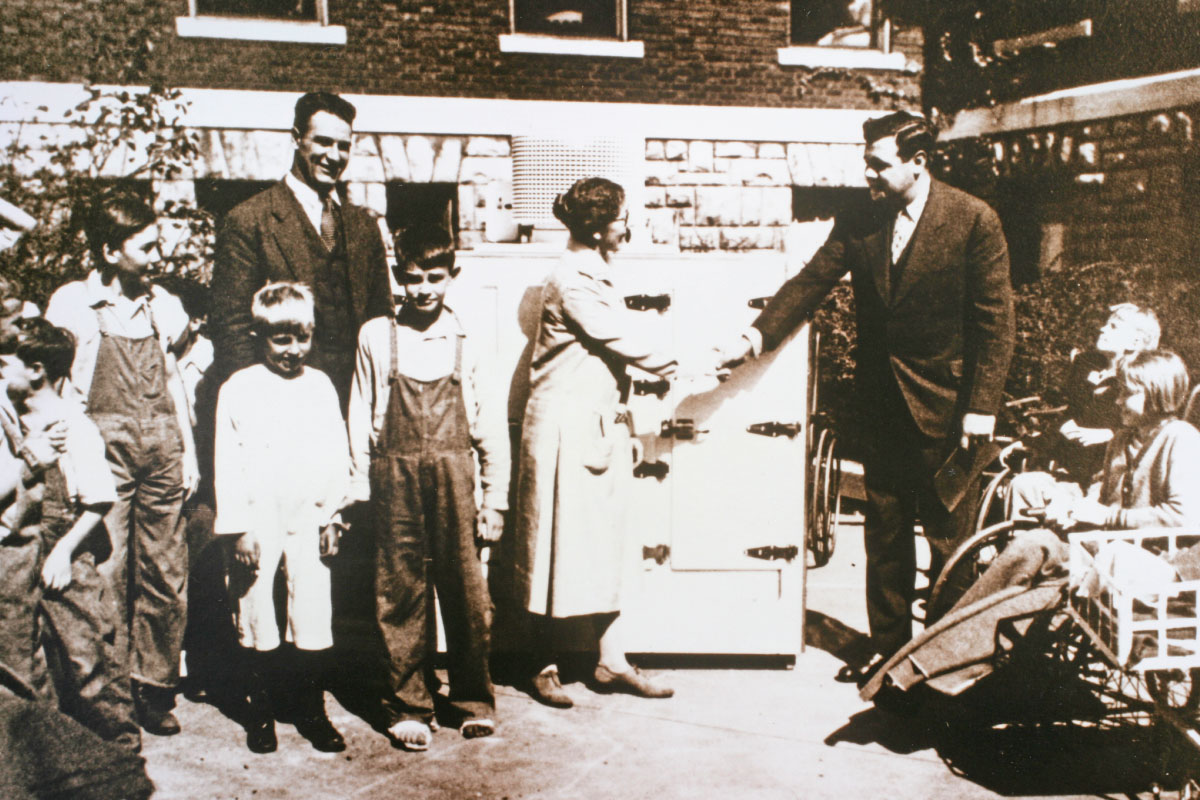 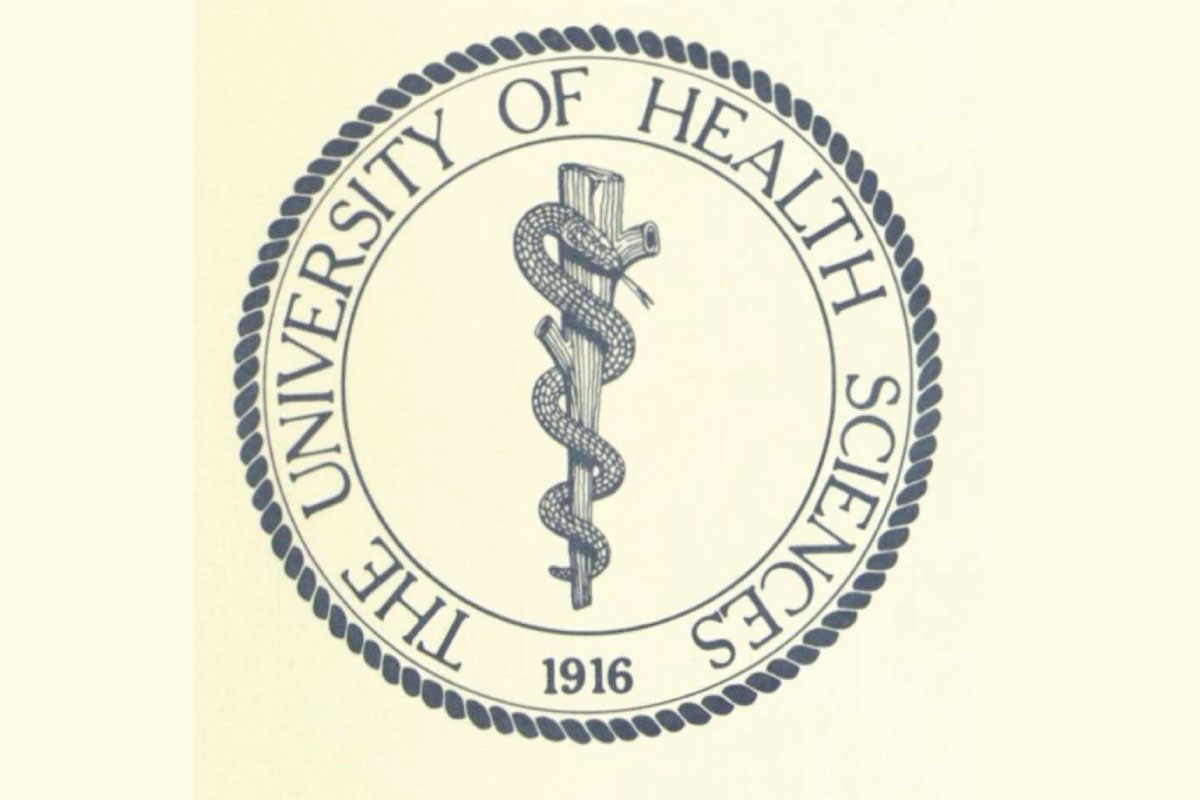 Evolving with the times and what best reflected our programs, our name has changed throughout the years. 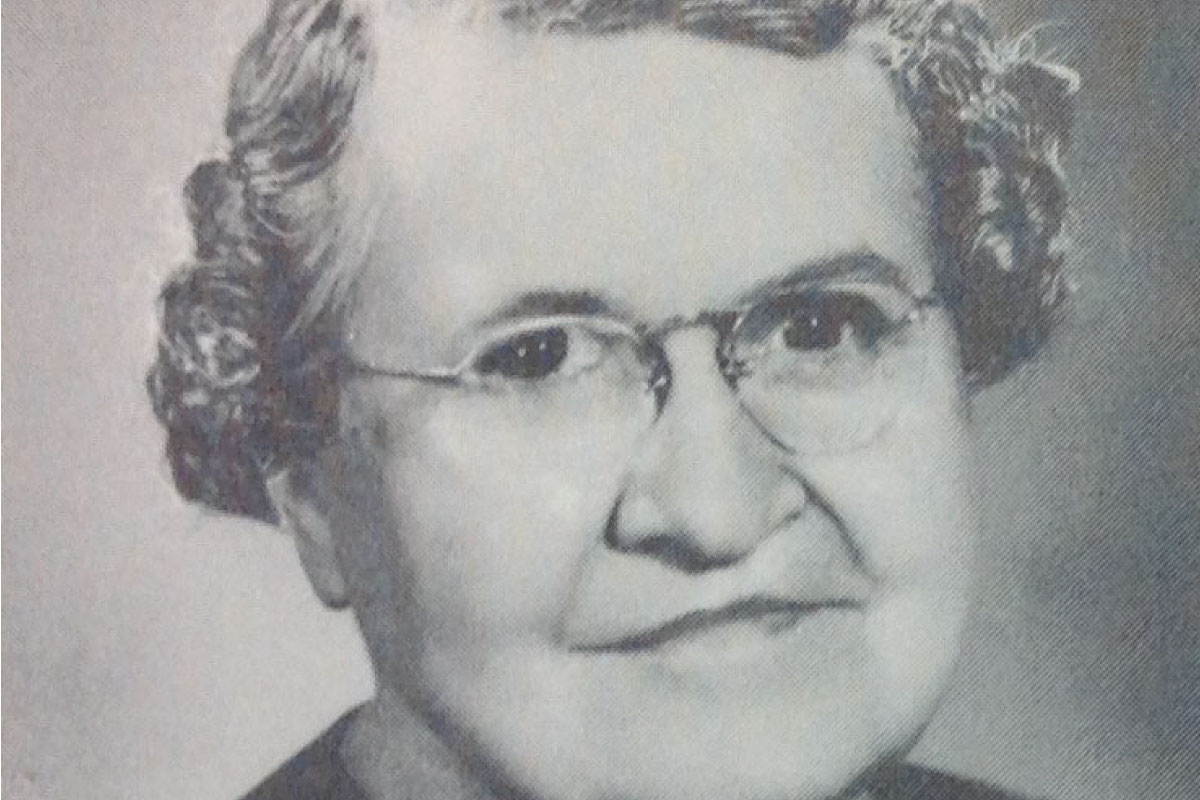 Mamie E. Johnston, DO, became the first graduate from the Kansas City College of Osteopathy and Surgery, now KCU, in 1917. Dr. Johnston continued her education when the University instituted our new four-year curriculum, and graduated again with the class of 1918.

Dr. Johnston became a fixture at the University. In 1919, she joined our faculty, teaching gynecology and pediatrics for 47 years. In 1940, the Johnston Hall science building opened, named in her honor. Retiring in 1981 at the age of 92, Dr. Johnston practiced osteopathic medicine for 64 years. She passed away on November 6, 1986.

The campus building was once the city’s temporary hospital following a 2011 tornado. However, extensive renovations transformed the building into a state-of-the-art center for learning.

KCU-Joplin was made possible by our community partners, including Mercy Hospital Joplin, Freeman Health System, the City of Joplin and philanthropic leadership from the surrounding community.

Kansas City University is home to the oldest medical school in Kansas City, Mo., and the largest in Missouri.

The Kansas City College of Osteopathy and Surgery (KCCOS) is founded. George J. Conley, DO, becomes the college's first president. Classes begin in a building at 7th and Wyandotte.

KCCOS opens Conley Hospital on Nov. 16, 1936, with 35 beds. It was the first undergraduate teaching hospital on the campus of an osteopathic college.

The 100-bed Wesley Hospital at 11th and Harrison is purchased, and Conley Hospital is converted to a maternity hospital.

Dr. Eugene B. Powers is installed as the fifth president. The College celebrates its golden anniversary and becomes the largest osteopathic college in the United States.

The Center for Health Sciences, later known as University Hospital, is opened.

The new Administration Building, a gift from the Alumni Association, is occupied after extensive renovation, and 1750 Independence Avenue becomes the University's permanent address.

The school's name becomes the University of Health Sciences.

Keith Wilson, Jr., JD is inaugurated as the seventh president.

The University receives its first five-year accreditation by the North Central Association of Colleges and Schools.

UHS is one of eight leading medical schools, including Harvard and Vanderbilt, to receive a prestigious John Templeton Foundation Spirituality in Medicine Award.

Genesis 2000, a three-year curriculum revision project, is integrated into the first-year curriculum and provides case-based learning with earlier clinical opportunities.

The University receives its first national challenge grant of $500,000 from The Kresge Foundation.

The University receives a second Spirituality in Medicine Award from the John Templeton Foundation.

The Educational Pavilion is renamed the Darwin J. and Suzanne Strickland Education Pavilion.

Campaign 2000 ends with more than $16 million in contributions.

The University's name is changed to Kansas City University of Medicine and Biosciences.

The College of Biosciences confers the first master of science in biomedical sciences degrees to 17 students.

The Center for Clinical Competence opens, providing the first center in the region dedicated to human patient simulator and standardized patient programs.

KCU launches a dual-degree program offering students the opportunity to earn a doctor of osteopathic medicine and a master of arts in bioethics.

The Kesselheim Center for Clinical Competence is named in honor of Howard I. Kesselheim, DO, and his wife, Tina S. Kesselheim.

KCU expands its bioethics degree offerings to include a one-year track and a part-time professional studies program for working adults.

The College of Biosciences confers the first masters of art in bioethics degrees to 24 students.

KCU celebrated the opening of two new campus facilities that would dramatically improve students' experiences, the Student Activities Center and the D'Angelo Library. KCU inaugurated H. Danny Weaver, DO, as 12th president during an investiture ceremony on Sept. 22, 2011.

The Community Garden and Park opens, offering a park-like setting for employees and students to participate in collective gardening and harvest produce to donate to local charity initiatives.

The cities of Kansas City, Mo., and Kansas City, Kan., respond to a request by KCU and issue a mayoral proclamation of Osteopathic Medicine Week during April 15-21.

Marshall Walker, DO, is named as KCU's 13th president and chief executive officer, effective Jan. 1, 2013. The position is an interim one, until a national search for a permanent president is completed.

KCU begins the process of integrating tablet technology into the curriculum to increase sustainability efforts and provide students with a technological edge. As part of the effort, the University distributes Apple iPads and iPad minis to faculty and students.

KCU unveils its Campus Master Plan, designed to identify facilities needs for the next 10 years. The aggressive plan includes remodeling some existing facilities and adding new buildings to the campus.

Score 1 for Health is officially incorporated into KCU and celebrates its 20th anniversary of providing free health screenings to urban schools in the Kansas City area.

Officials announce the addition of a military track to the College of Osteopathic Medicine curriculum, making KCU only the third medical school in the United States to offer specialized training for military students.

On May 17, KCU celebrates the 10,000th graduate of the College of Osteopathic Medicine.

In July, KCU celebrates the opening of the new Academic Center. The Academic Center, which sits adjacent to both the D’Angelo Library and the Student Activities Center, houses two large lecture halls, as well as breakout rooms for smaller study groups. By renovating the former Weaver Auditorium space, the Academic Center cost KCU approximately half of what a newly constructed building would have.

In the fall, KCU closes the historic Administration Building for renovations. Built in 1916 as the original Children’s Mercy Hospital, the Administration Building was last renovated in the early 1970s and requires significant improvements to meet the needs of a state-of-the-art institution of higher education. In addition, a new Welcome Center will be added to the north side of the building, creating an inviting entry point for students, alumni and other guests.

KCU receives a $1 million gift from the estate of the late William Geb, DO (COM ’50), one of the largest gifts in the University’s history.

KCU-COM and Harris-Stowe State University execute an agreement to create a partnership that will enhance diversity in medical school and improve cultural competency for future physicians.

Marc B. Hahn, DO, invested as the 14th president.

Celebrations surrounding KCU’s Centennial Year begin with the dedication of the Walker Family Welcome Center and the reopening of the Administration Building.

KCU breaks ground for the construction of the University’s new second campus in Joplin, Mo.

KCU opens its second campus in Joplin, Mo. KCU-Joplin is the first medical school campus in Missouri in nearly 50 years and it's the only medical school in the Southwest region of the state.

The Class of 2018 ranks No. 1 in the nation for first-attempt pass rates on the COMLEX Level 1.

Classes begin at KCU-Joplin with an inaugural class of 160 students.

The University launches a new Doctor of Clinical Psychology (PsyD) program on the Kansas City campus.

The Chronicle of Higher Education recognizes KCU as a “Great College to Work For.”

KCU announces plans to open a College of Dental Medicine in Joplin, Mo., to meet the needs of the rural population in the Midwest.

KCU receives the distinction of one of only three osteopathic medical schools to receive an Exceptional Outcomes designation with a 10-year accreditation by the Commission on Osteopathic College Accreditation.

The Center for Medical Education Innovation opens on the Kansas City campus.

On May 22, the tenth anniversary of the Joplin tornado, KCU held a groundbreaking for the College of Dental Medicine planned to open on the Joplin campus in 2023.

About KCU
Who We Are
KCU Leadership
Why KCU?