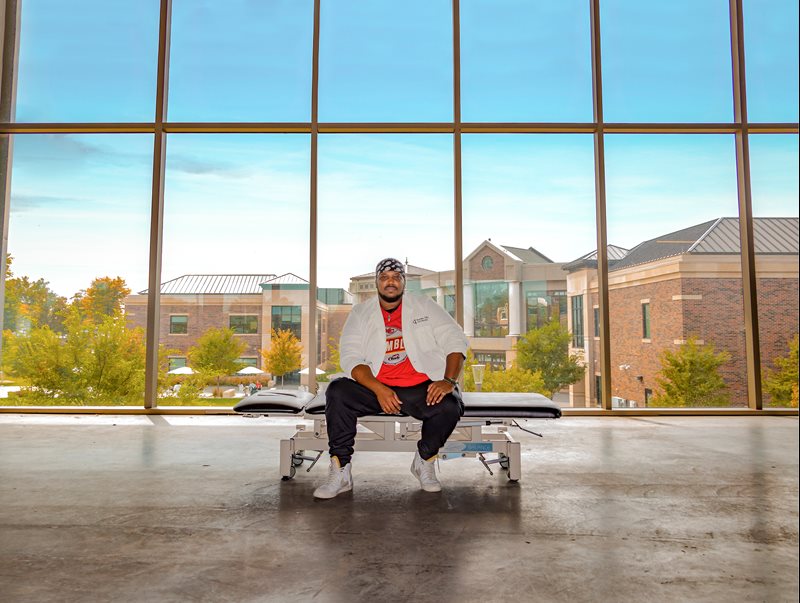 What does playing the snare drum at a Kansas City Chiefs football game have to do with becoming a doctor? Everything – according to Student Doctor D’Angeleau Newsome. This star medical student is also a star on the football field, combining the practice of medicine with practicing his ability to step in time as a member of the Chiefs drum line, the Rumble.

“When I am drumming, I want to ensure I am giving my best, and I’m taking all of my training and putting it into every moment and every beat,” Newsome says. “It’s the same when I am interacting with patients. I am putting everything into that moment and I’m geared to what I have learned, focused on my patient and performing to the best of my ability.”

Newsome has wanted to be a doctor since he was 10 or 11-years-old. That’s when his mother, Sherry, an Army veteran of Operation Desert Storm was diagnosed with multiple sclerosis (MS) at age 39. Veterans Affairs (VA) doctors tied it to chemical exposure during the time she served in Saudi Arabia. “I wanted to be a doctor so that I could fix her,” said Newsome. “Even though I didn’t quite know what that meant.”

His devotion to drumming began in high school, with a girl. “I joined the drum line when I was about 16 so that I could get a date with a girl in the band,” he laughed. Not only did Newsome get the girl (he says they are still friends today), he discovered his talent and love for drum line, something that led to making elite teams and performing in Super Bowl LIII.

“We talk about the art of medicine and how creativity and science are not as separate as one might think,” Newsome said. "So, combining these interests was a natural fit.” After a year in the KCU College of Biosciences and another three years in the College of Osteopathic Medicine, D’Angeleau is spending the 2022-2023 academic year as an osteopathic medical manipulation (OMM) fellow. He specializes in OMM techniques, teaching clinical skills and mentoring first- and second-year medical students while studying for his own board exams.

He will complete his fourth year of medical school in the spring of 2024. While his fellowship commitment is intense, Newsome wasn’t going to miss his chance to perform with the Rumble. “Kansas City has an insane love for their football team. I wanted to be part of that,” he said. “Plus, just the idea of practicing medicine while practicing music, you are seeking the highest degree of performance possible.” 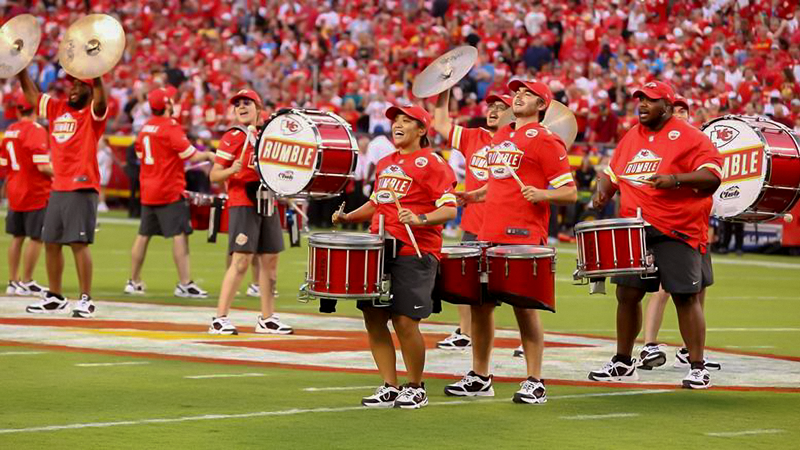 Newsome says performing at the highest level is a physical activity that engages the musculoskeletal system. “The physicality of it is not just the drumming, but the marching, and marching in time in a mile loop parade before the game. Then the endurance as we execute the actual choreography on the field; dancing for 80,000 people in the stadium and the folks at home. It’s not easy, but it’s incredible! Even while studying differential diagnoses of nausea and vomiting in between performances.”

Although the drum line has its physical demands, Newsome describes it as refreshing and in line with the tenets of osteopathic medicine. “It’s easily a mind-body experience,” Newsome notes. “It is a mindful, meditative practice. When I find myself getting into a state of flow as I am playing music with others, it feels like a grand spiritual experience.”

The Rumble team comprises teachers, an engineer, a social media manager and a physical therapist. Newsome is the only student. “I didn’t know we got paid until we finished the first practice,” Newsome remembered. “I looked at the person next to me and said, ‘We get paid for this?' He said, 'Yeah man, we are professional musicians. Of course, we get paid.’ You know, that doesn’t hurt when you are a medical student,” he smiled.

As a physician, Newsome hopes to practice physiatry, a medical specialty that helps surgical patients with rehabilitation and treats patients like Newsome’s mother who have been disabled by a disease such as MS. Newsome says his time in the Rumble is fun for his mom, who is able to watch him perform on TV from the VA care center where she lives in Tennessee. It’s also an experience for his girlfriend, Betsi, whom Newsome describes as “the one I am impressing now.” She was able to watch him perform live for the first time at Arrowhead Stadium.

Additionally, Newsome sees his experience on the drumline as an opportunity to be an ambassador for KCU – something he doesn’t take lightly. “I love being a symbol of KCU and having that responsibility,” Newsome notes. “I want to make sure everyone knows KCU, knows the history KCU has in the community and knows how much we care about the community and want to improve it. I really believe in KCU and that we improve the lives of the people we serve.” Indeed, lives are improved medically, and now musically, by D’Angeleau Newsome. 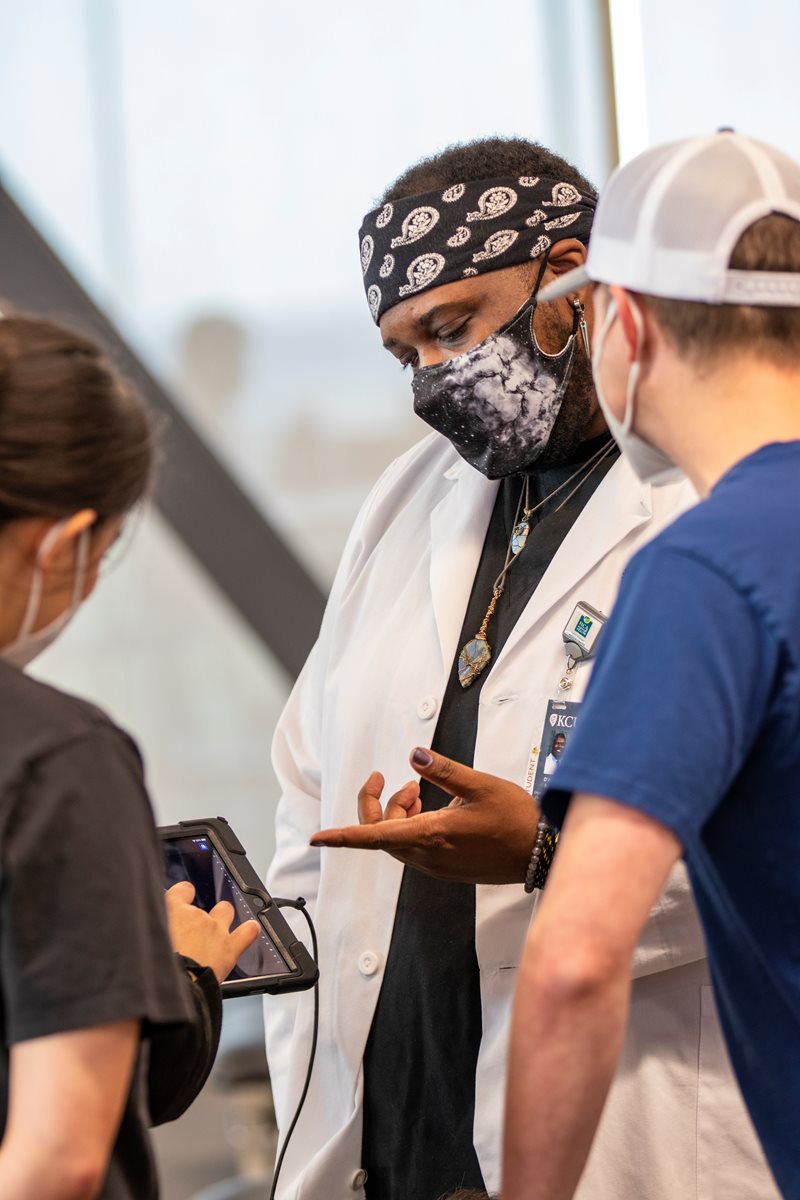 The Community Clinic of Southwest Missouri is bustling with activity on a Thursday evening. Pairs...